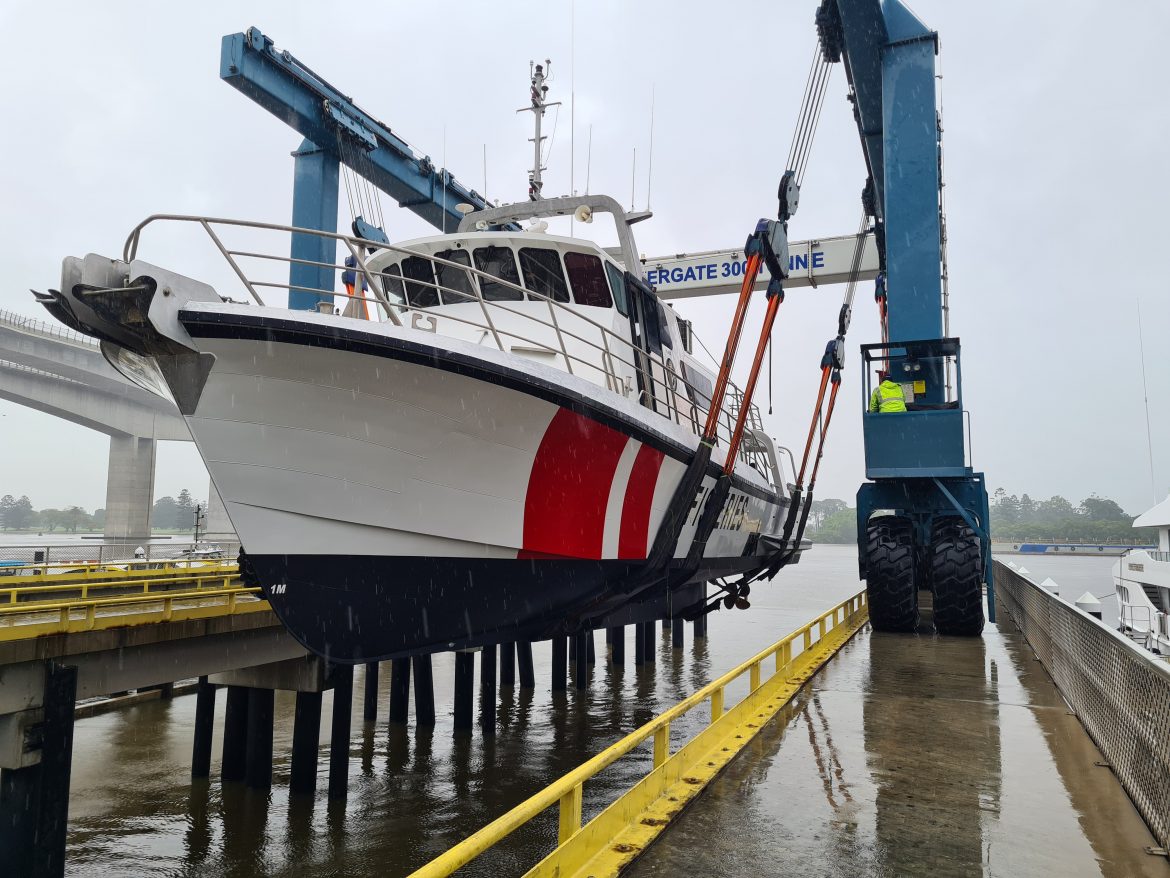 Following an extensive refit in Brisbane which supported many local businesses, Fisheries Queensland is back in the water and has returned to patrolling our waterways. Minister for Agricultural Industry Development and Fisheries and Minister for Rural Communities, the Honourable Mark Furner said,

“This two-year project has invested directly into the Queensland economy and benefits the local workforce at the Murarrie marine precinct where hundreds of staff, apprentices and contractors are employed,” Mr Furner said.

“Rivergate Shipyard recently completed the half-life refit of the KI Ross which is the largest vessel in the Queensland Boating and Fisheries Patrol fleet. ………

“The vessel’s two 1100 horsepower V12 Caterpillar engines and gearboxes have been serviced back to original condition for the first time since the boat joined the fleet in 1999, with all of the wheelhouse electronics replaced with state-of-the-art new technology,” he said.

“The KI Ross is an integral part of the Queensland Boating and Fisheries Patrol, capable of patrolling 200 nautical miles out to sea, with a key focus on compliance in the East Coast Trawl fishery which contributes $170 million annually to Queensland’s economy”.

Further details are available at: https://statements.qld.gov.au/statements/94741

Photo courtesy of the Queensland Government.